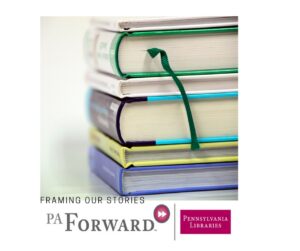 Pa Forward(R) is excited to announce the launch of a virtual programming library.  Watch high quality library programming brought to […]

PACE Program expands its low-cost medication program for seniors Income limits for the PACE Program have expanded by $6,000, meaning […]

Pa Library Association Recognizes the 2020 Trustee of the Year

Mechanicsburg, PA (October 1, 2020) – Each year, the Pennsylvania Library Association (PaLA) honors the service of their members, as well as those community volunteers, who go above and beyond the call of duty to support the work of libraries throughout the commonwealth.

The Pennsylvania Library Association is pleased to present the 2020 Trustee of the Year Award to Louis Labar of the Wayne County Public Library.

Louis served on the Wayne County library’s Board of Trustees for nine years, including terms as President and Treasurer before rotating off the Board in accordance with the bylaws’ term limits. Because he inspires with words, leads by example, and advocates constantly, he was re-appointed to the Library’s Board in May 2018.  Concurrent to his time on the Wayne County Public Library Board, Louis was a representative to the Wayne Library Authority Board from 2009-2017 and held the offices of President and Treasurer. Recognizing that small rural libraries were under-represented, Louis applied for and was appointed to the Governor’s Advisory Council for Library Development and has held this important position since October 2010.  There are very few trustees who have been dedicated enough to serve on three library boards at the same time, but this is exactly what Louis did and part of why his work is so worthy of recognition.

One of Louis’ most notable efforts was his work with the Wayne Library Alliance, a federated library system, after they lost a dedicated library tax.  Louis was instrumental in the process which led to a reinvention of the Alliance. He attended member library board meetings, drawing on diplomacy and his experience as a trustee of a small and rural library to reassure those reluctant to change. And, when the process was finished, Louis represented the newly invigorated Alliance.

“Our members and libraries have been doing amazing things, particularly during this pandemic” said Michele Legate, 2020 President of the Pennsylvania Library Association.  “It is so important to take a little time to recognize the incredible work that our colleagues have done.”

A committee comprised of association members reviews the nominations, submitted in late summer, and selects winners for a series of categories. Awardees are then invited to attend the association’s annual conference where they are recognized among the membership, their peers, representing all library types and sizes from throughout Pennsylvania.

“The Pennsylvania Library Association is able to do what we do thanks to the unwavering efforts of our volunteers and our members,” said Christi Buker, PaLA Executive Director. “These awards are just our small way of shining a light on what all librarians, library staffs and our volunteers do to continue promoting the value libraries bring to communities they serve. We are thankful for their support and engagement and are honored to be able to recognize their efforts. Congratulations to all of our 2020 winners.”

A committee comprised of association members reviews the nominations, submitted in late summer, and selects winners for a series of categories. Awardees are then invited to attend the association’s annual conference where they are recognized among the membership, their peers, representing all library types and sizes from throughout Pennsylvania.

Founded in 1901, the Pennsylvania Library Association is the state’s oldest professional library organization serving libraries, library employees, library trustees, and Friends of the Library groups. PaLA represents more than 1,300 personal, institutional, and commercial members affiliated with public, academic, special and school libraries throughout the commonwealth. The association represents the profession in Harrisburg with the state legislature and provides opportunities for professional growth, leadership development and continuing education for librarians. For a listing of previous award winners, click here. For more information about the work of the Pennsylvania Library Association, visit www.palibraries.org

PA Forward® is sponsored, in part, by a grant from the Institute of Museum and Library Services as administered by the Pennsylvania Department of Education through the Office of Commonwealth Libraries, and the Commonwealth of Pennsylvania, Tom Wolf, Governor.